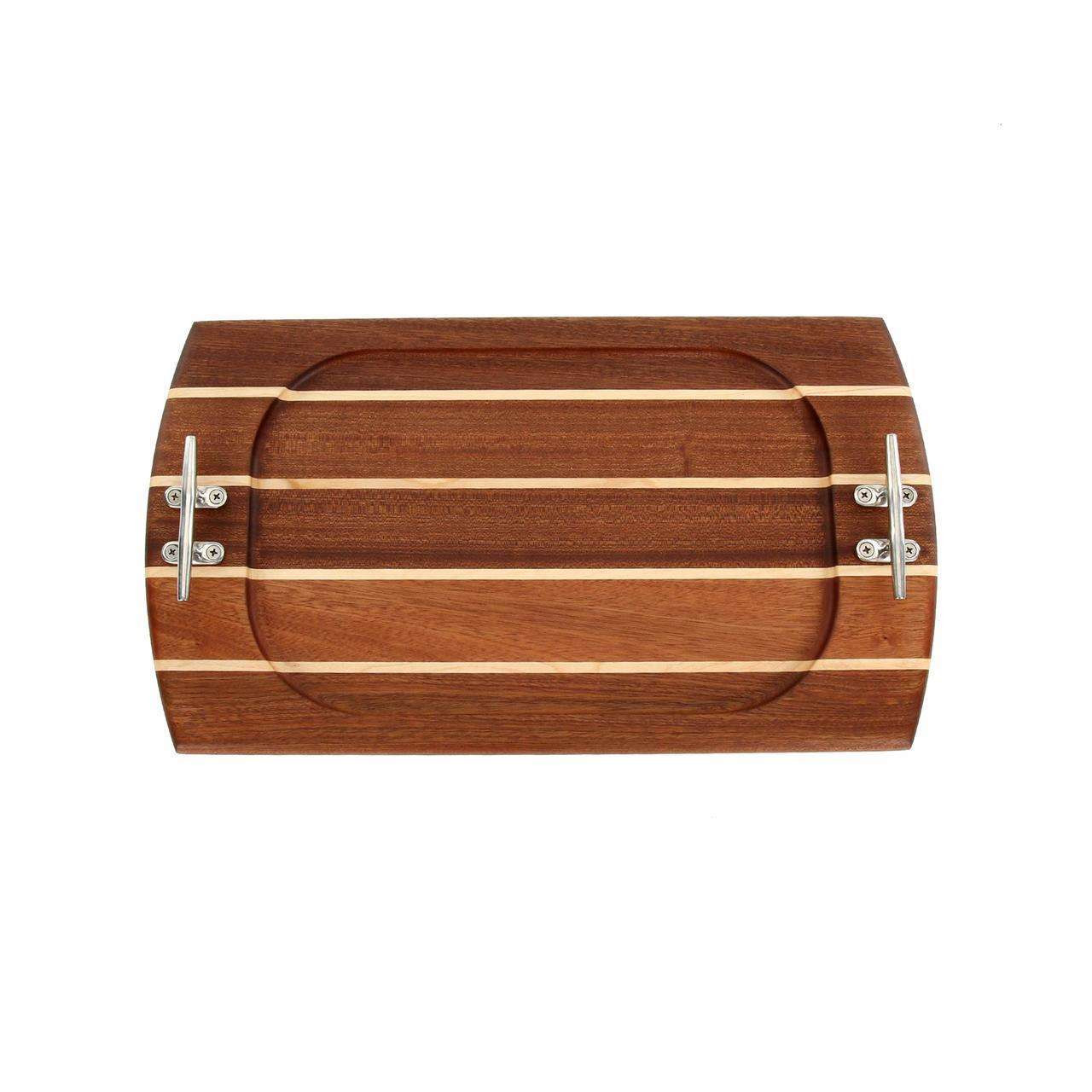 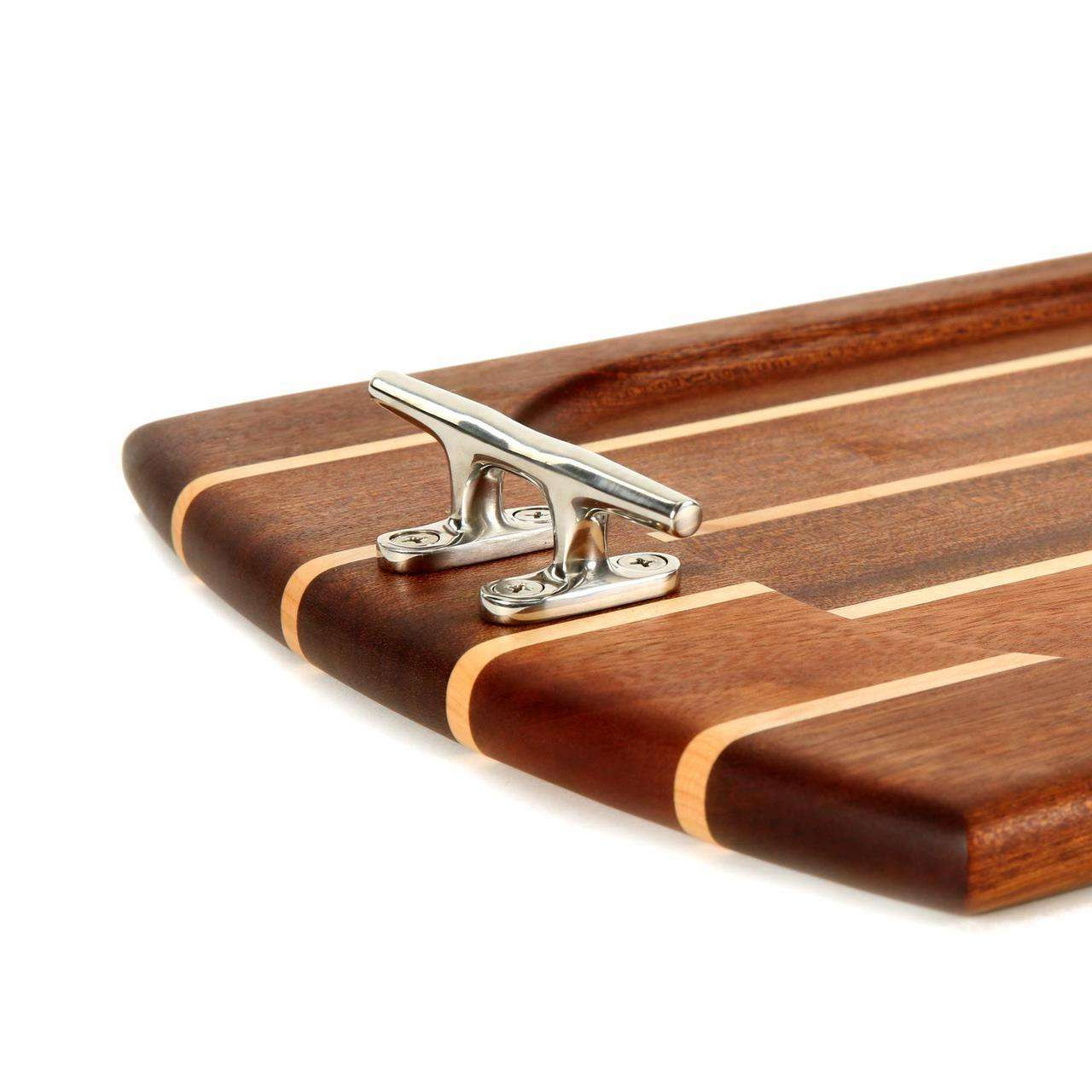 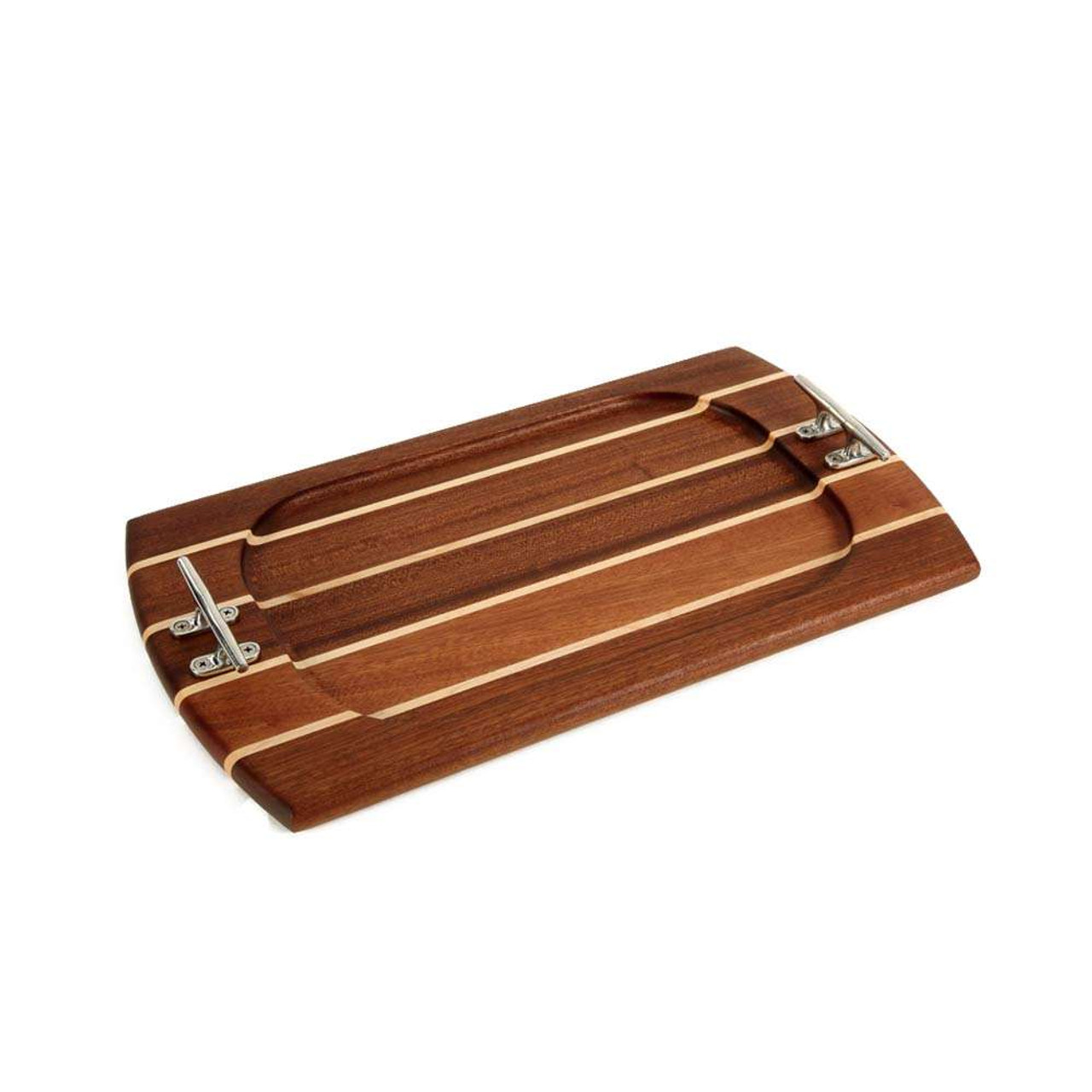 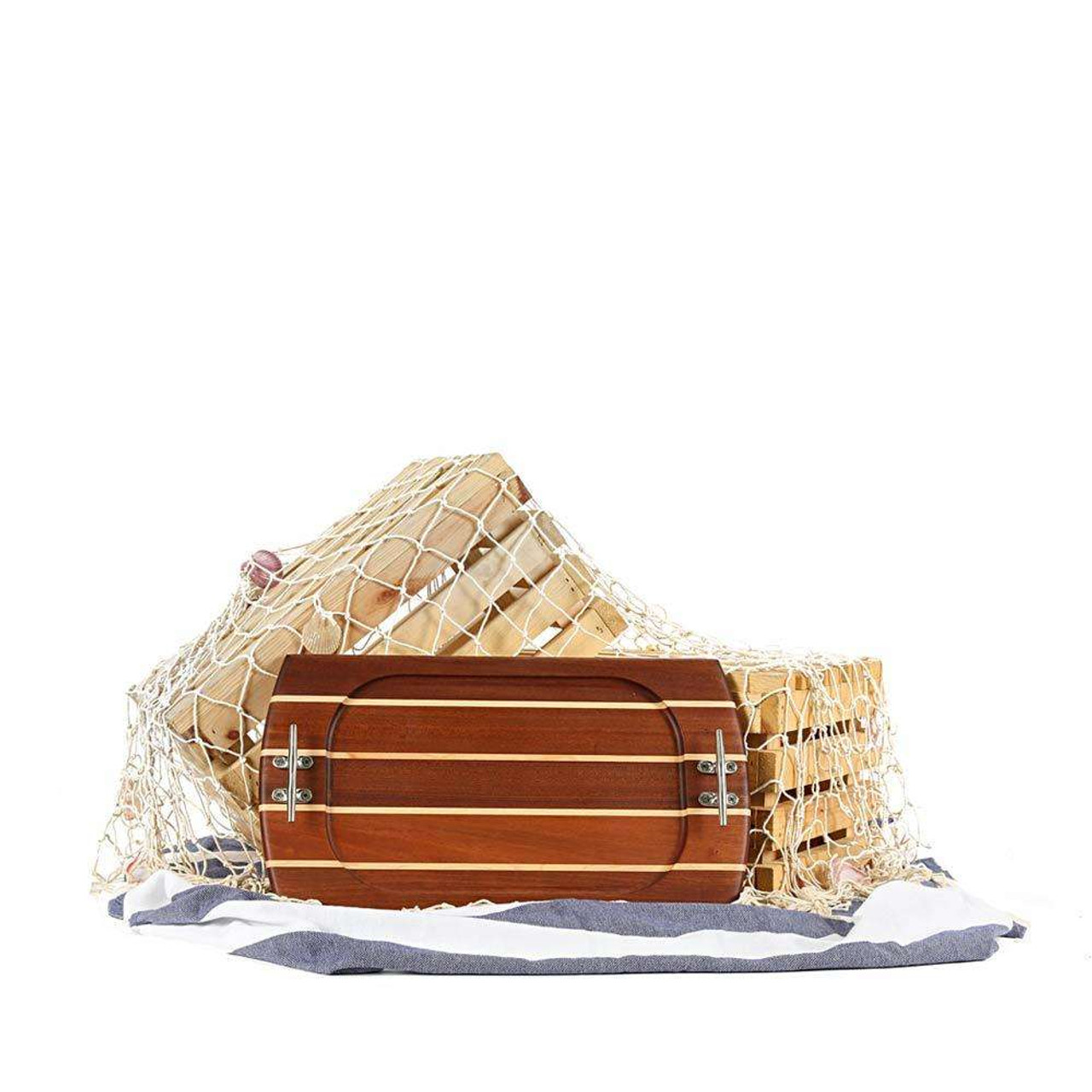 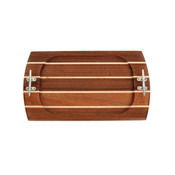 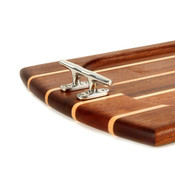 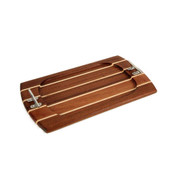 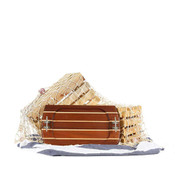 This sapele (pronouced suh-peel-ee) serving tray is large and in charge with big cleat handles and strips of maple accenting the surface. Best used for large dinner parties or serving groups of 6 or more.

How I Was Made

The open sea: a churn of foam and hellions the likes of which I thought I had fully experienced, continued to surprise me with the wrath of ten crossed lovers.

Running to the bow I caught a glimpse of the beast trying to capsize my oldest vessel, the SS Intrepid. Battle had gone on for hours but my final blow put an end to the adventure. “What say you, spawn of Neptune?” I shouted as it fell motionless.

I now had a crew to feed as the clouds parted and the day’s last rays of light poured onto the beaten deck of the Intrepid. Dinner was on. A shattered plank from the stern stuck out, a souvenir from the recent exchange. I ripped it out and shaped it with an axe, and attached two scrap pieces of metal for handles. I filled it with supper and served it to the crew.

As the serving tray hit the table the crew paused for a nautical second or two. The air then filled with a thousand huzzah’s, and all was good.

*Every Nautical Board is tastefully engraved on the back with our logo. We love putting a prideful stamp on our handiwork!

No reviews.
Leave a Review